Showing posts from March, 2015
Show All

- March 31, 2015
Governor Ayo Fayose of Ekiti State has imposed a dusk-to-dawn curfew on the state.Fayose declared the curfew today, March 31, in a statewide broadcast from Ado Ekiti, the state capital.The Governor reportedly stated that the curfew, which would be in effect from 7.30pm and 6.00am, was necessary in order to prevent violence as a result of the recently announced Presidential election results.All Progressives Congress (APC) Presidential candidate, Muhammadu Buhari has emerged winner of the elections which held on Saturday, March 28 and Sunday, 29.Fayose, a member of the Peoples Democratic Party (PDP), has frequently attacked Buhari but today, March 31 called on Nigerians to accept the results as the will of God.
Post a comment
Read more

- March 31, 2015
The chief marketing officer of Smile Communications, Mrs Alero Ladipo, said the fourth generation long term evolution (4GLTE) broadband service provider, has introduced the new SMifi, which is a portable device that is offered with a 5GB data bundle and one month validity.She said the new product offer comes with a combination of a new SMifi + 5GB + 30 day validity.Explaining the new features, Ladipo said the device is capable of connecting up to 10 devices simultaneously and comes with the plug and play feature which automatically eliminates the installation of plug and drivers before usage, which again, makes it the easiest and quickest way to connect all devices to Smile’s super-fast 4G LTE broadband.Other features according to Ladipo include the super-fast internet access of up to 21mbps when attached to Smile 4G LTE network; superior battery capacity and low on-power consumption of up to 10 hours continuous usage battery life. The new SMifi has is super lightweight; its screen di…
Post a comment
Read more 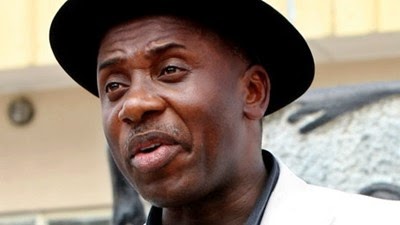 The Rivers State government, on Monday, announced the imposition of curfew in the state.

- March 31, 2015
One of the staff of the Independent National Electoral Commission (INEC), was on MOnday, was arrested at INEC's office in Asaba for violating INEC’s rule on collation of results.

- March 31, 2015
The Independent National Electoral Commission (INEC) has set up a three man fact-finding mission to ascertain the veracity of the claims and allegations.

Of the Rivers State chapter of the All Progressives Congress APC on the conduct of the Saturday's  Presidential and National Assembly elections  Saturday.

This was contained in a statement signed by Mrs Augusta Ogakwu, Secretary to the Commission and made available to news men in Abuja yesterday.

According to the statement,the committee which made up of National Electoral Commissioners are: Mrs Thelma Iremirem (Head), Col. MK Hammanga, Prof. Lai Olurode as members.

The Statement reads: “further to the allegation made by the All Progressives Congress APC on the conduct of the Presidential and National Assembly elections on Saturday March 28, 2015 in Rivers state and it's call for the cancellation of the exercise, the Independent National Electoral Commission INEC has set up a fact-finding mission to ascertain the veracity of …
Post a comment
Read more

INEC releases some of the 2015 presidential elections results

INEC releases some of the 2015 presidential elections results